Perth: Up to 3-Night City Break for Two with Buffet Brekky, Wine and Late Check-Out at Sage Hotel West Perth 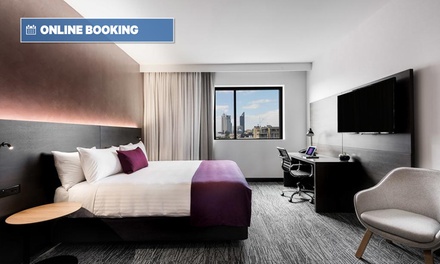 Welcoming guests with industrial-inspired interiors with exposed brickwork, Sage Hotel West Perth sits in the heart of West Perth. As a heritage-listed property, it makes for a good example of an eclectic mix of the bygone era with a fresh twist. The attractions of the trendy Hay Street are within a hand’s reach, while those who wish to stay on site won’t get bored with the 24-hour gym. The hotel also offers complimentary bike use which makes exploring the neighbourhood a breeze.

Groupies retire to their sleek and elegant Superior Room which boasts views of the city’s skyline or Kings Park and features a DreamWeave Sleep System bed for a good night’s rest. Other amenities include an espresso machine, shower with dual heads and SOAK amenities.

As the capital city of Western Australia, Perth’s laid-back culture with big-city attractions has pulled tourists to visit its many beaches, parks and restaurants. Scarborough Beach is a popular hotspot among surfers while Swanbourne Beach allows people to bathe in the nude. Visit Fremantle Prison, a former prison that was built in the 1850s and is now a public museum with tours of the flooded tunnels and aqueducts under the building.

Take in scenic views of various greenery in Kings Park and Botanic Garden – it has approximately 319 species of native plants and 80 bird species. Alternatively, pay a visit to the Swan Bells, a set of 18 bells hanging in a specially built tower that when rung, exert considerable forces on the support structure.